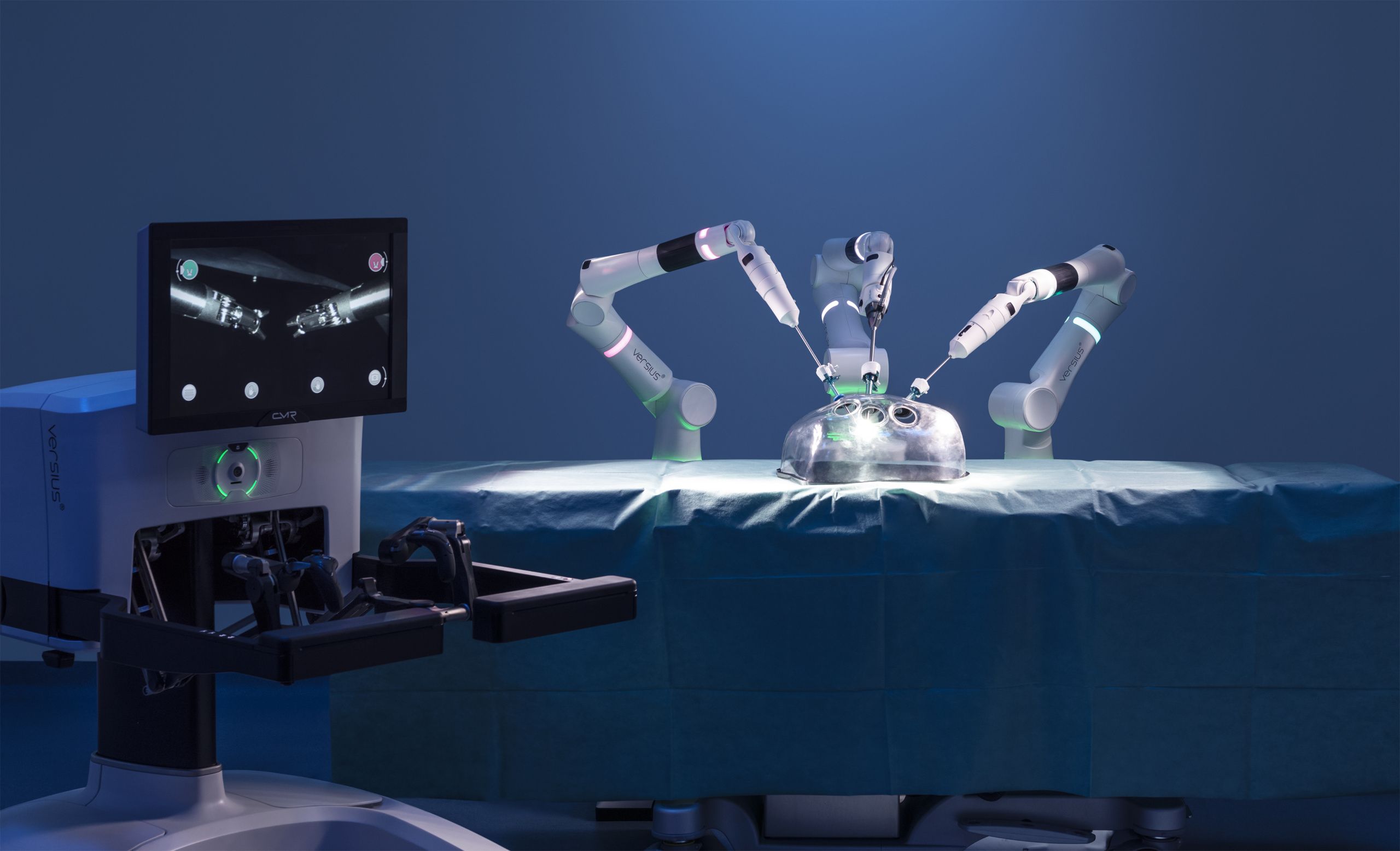 Versius, the next-generation surgical robot from CMR Surgical, has picked up one of the world’s leading design prizes.
iF DESIGN AWARD is renowned as an arbiter of exceptional design, having celebrated world-class innovation for 67 years.

CMR Surgical (CMR), the global company that has developed the next-generation surgical robot Versius®, announced it has won a leading design award. Versius was successful in the iF DESIGN AWARD Medicine / Health product category, impressing a 98-strong jury.

Versius captivated the panel of independent experts with its small and modular form that allows the surgical robotic system to be moved easily around the operating room, between suites or even hospital floors, maximising usage.
The experts also praised its ergonomic design that has the potential to reduce surgeon strain and facilitates open communication within the surgical team.

Almost 10,000 entries from 52 countries were submitted across several categories into this year’s awards, which is organised annually by the world’s oldest design organisation, iF International Forum Design GmbH. Now in its 67th year, the awards are recognised as a marker of world-class design.

Luke Hares, Chief Technology Officer of CMR Surgical, commented: “With Versius, we set out to create a sophisticated tool to help surgeons deliver the highest quality care to patients, that surgeons desired to use. Not only did the robot need to be functional and modular – to seamlessly work around the surgeon, team and operating room – it also needed to deliver ergonomic benefits for surgeons too, to help reduce the physical strain often associated with laparoscopic surgery.

With its fully articulated wrists, direct hand to instrument mapping, and integrated 3D HD visualisation, the design of Versius provides precision, control and dexterity as well as superb depth perception for surgeons.

We’re delighted these features have been recognised by the iF’s prestigious awards.”

This recognition for Versius comes at an exciting time for CMR as it continues to roll out Versius in new markets around the world.